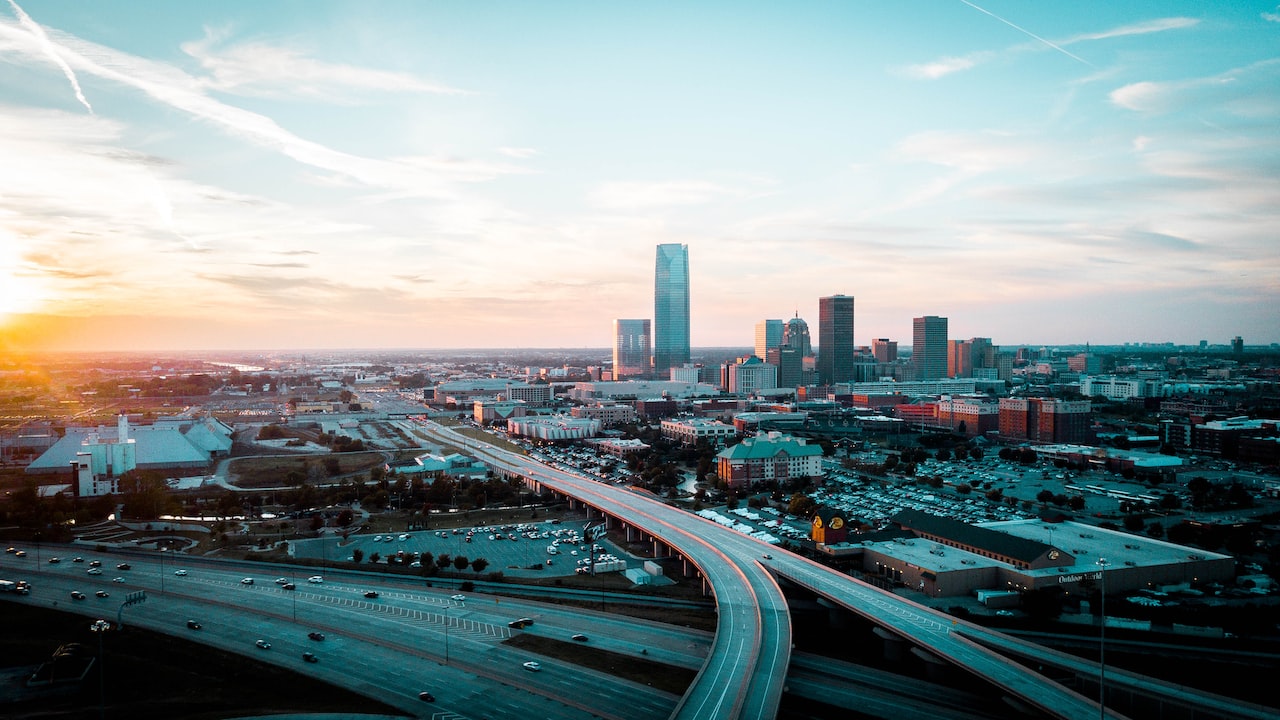 24 Things To Know About Oklahoma City

1. Oklahoma City came together in a single day. On April 22, 1889, the U.S. government opened up the first of a series of “land runs,” where homesteaders raced to stake their claim to plots of free land. By the end of the day, a tent city of 10,000 had developed on the tract that would later be called OKC.

2. Folks who jumped the gun, sneaking in before the Land Run kicked off at high noon, became known as Sooners (get it?). Going back even further, those who favored the opening of Oklahoma’s “unassigned lands” were called Boomers. Sixteen years after the land run, a student at the University of Oklahoma wrote his own lyrics to the tune of Yale’s fight song, replacing “Boula Boula” with “Boomer Sooner.”

3. College ball’s a big deal: The city sits just south of Oklahoma State University and just north of the University of Oklahoma. The intense rivalry has long been referred to as Bedlam, and though nobody can pinpoint why the name took hold, some suggest it was from the utter chaos in the stands at an early-1900s OU vs. OSU wrestling match.

4. Oklahoma City residents have a sly sense of humor about even the darker aspects of their town's history; look no further than Dust Bowl OKC, a 12-lane 1970s-style bowling alley with a beer hall out back.

5. Now headquartered in Oklahoma City, Sonic Drive-In actually got its start as a hamburger and root beer stand in the nearby town of Shawnee. When the founder realized his stand’s name, Top Hat, was already trademarked, he changed it to reflect the spot’s slogan: “Service at the Speed of Sound.”

6. Don’t think about this when you fly in or out of the city, but the airport is named for the Oklahoma-born vaudevillian Will Rogers ... who died in a plane crash. (Ditto Wiley Post Airport in nearby Bethany, Oklahoma.)

7. Oklahoma’s capitol building is, fittingly, the only one in the world that sits on an active oil well. Seriously, there’s an oil rig out front.

8. Long referred to as OKC, the capital’s recently adopted a new nickname thanks to its residents’ kind demeanor: The Big Friendly.

9. But not everybody rolls out the welcome mat. Countless reports suggest that the 104-year-old Skirvin Hotel—the oldest in the city—is haunted by Effie, a housekeeper who, as the legend goes, jumped to her death from a top floor. It just so happens that visiting NBA teams stay at the Skirvin prior to facing the Thunder, and players for the Knicks, Suns, and Bulls have complained of poor sleep, doors that slam for no reason, and bathtubs that inexplicably fill up with water.

10. Chef Danny Bowien grew up in Oklahoma City, so it’s no surprise he’s been called the friendliest guy in the biz. As he told Food & Wine, “The other kids would go throw around a football after school, and I’d go home and watch my mom cook.” When he opened his first Mission Chinese, in San Francisco, he used pink tablecloths in honor of OKC’s Mandarin Garden, a takeout spot that shaped Bowien’s early memories of Chinese fare.

11. Flaming Lips’ frontman Wayne Coyne grew up in the suburbs of Oklahoma City. He now resides in a psychedelic, commune-like complex of four homes connected via a shared backyard. Google Street View caught Coyne—something of a local celebrity, and a kooky one at that—washing up in a bathtub in his front yard. He also once shut down the aforementioned Will Rogers Airport for mistakenly packing a grenade in his carry-on.

12. In the 1930s, as early automobiles started clogging what little space the city had for parking, Oklahoma City resident Carl C. Magee installed the first-ever parking meter, which charged a nickel an hour. The invention was met with a fair amount of outrage, including residents who called the very idea of paying for parking “un-American.”

13. The National Cowboy & Western Heritage Museum pays homage to Oklahoma’s wild west, including rodeo stars—and the animals they went up against, like Tornado the bucking bull who’s buried in the sculpture garden.

14. Road Trippers, take note. Route 66 cuts right through Oklahoma City, passing the state capitol, the Oklahoma City Zoo, and a favorite of the roadside attraction variety: the Milk Bottle Grocery, a triangle-shaped 1930s building with an oversize milk bottle on top, painted with an ad for local favorite Braum’s Dairy.

15. Hope you want onions on that burger. The trick behind Oklahoma City’s deliciously moist hamburgers came about during the Great Depression, when, as the story goes, a local cook mixed his patty with diced onions as a way to save a little cash. Nab one at Johnnie’s Charcoal Broiler or make your own; Saveur published the recipe from Sid’s Onion Burger, located in nearby El Reno, in 2009.

16. In the days following the 1995 terrorist attack on the Alfred P. Murrah Federal Building, 7000 residents showed up at the Oklahoma Blood Institute to donate blood. Other accounts tell of locals using their cars as ambulances and donating the shoes off their feet. Tom Brokaw spoke of Oklahomans’ “essential sense of goodness, community and compassion.” That resolve and generosity has since became known as the Oklahoma Standard.

17. Five years later, the Oklahoma City Bombing Memorial opened on the site of the federal building, with a field of 168 chairs, one for each of victims, and the Survivor Tree, a nearly century-old, towering American Elm that made it through the blast.

18. Proof that even a penny counts: Residents have voted to raise their own taxes—three times, so far. It started in 1993, when the public approved a temporary 1-cent sales tax increase. That initiative raised a whooping $309 million, which helped revamp downtown, building a baseball ballpark (now home to the minor-league Dodgers) and an 18,000-seat arena.

19. And so it was that Oklahoma City landed the state’s first professional sports team in 2008 when the Seattle SuperSonics controversially relocated here (thanks in no small part to that brand-new arena).

20. The city’s relationship with its beloved Thunder was like love at first sight, and Thundermania runs deep: Across the board, businesses encourage workers to wear team gear on game day, which has created a huge market for boutiques designing their own shirts, hats, baby kicks and more.

21. Historically low-lying, the downtown skyline got a drastic new peak when Devon Energy completed construction on its 50-story headquarters in 2012. Designed to withstand the high winds the state’s known for, the building houses Vast restaurant on its top floor, which, thanks to central Oklahoma’s flat topography, boasts views for miles.

22. It’s not all oil and natural gas. Kiplinger and NerdWallet both ranked Oklahoma City the best spot in America for launching a small business. (Currently, the city has nearly double the national average of other metro areas.) Another thing: Forbes considers Oklahoma City recession-proof.

23. Quite possibly the nicest sports superstar of all time, Thunder forward Kevin Durant knew nothing about Oklahoma City when he relocated here with the team. The youngest scoring champion in the history of the NBA is also a noted softie (check out his MVP acceptance speech) who kisses his mom before each game and prefers hot chocolate over coffee.

24. Another icon in these parts? Gary England, whom The New York Times deemed “The Weather God of Oklahoma City.” Indeed, local Channel 9’s chief meteorologist for decades, England was always on the cutting edge of storm-tracking technology. He even made a cameo in (and consulted on) Twister.

We foster an environment of courtesy, respect and confidentiality.